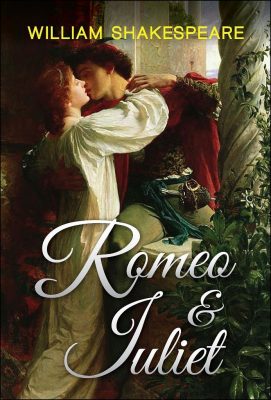 Our neighbours, the Madanayake’s house and garden at No 93, Rosemead Place were our permanent outdoor set. But there were also times when we ventured beyond our immediate neighbours. There were Anne Ranasinghe at No 82 and Ramya de Livera Perera at No 77 towards Wijerama Mawatha.

Towards Kynsey Road, at No. 112A, were Erin and Upatissa Attygalle and their (then) little daughter Ruveka, who attended Ladies’ College. The house is called ‘Amazing Grace’. A strange coincidence is that his immediate neighbour today are Michel Treutnaere and family.

Upatissa was the owner of the once-famous Spanish Hacienda in Kollupitiya, next to Methodist College at No 238, Galle Road. His house at Rosemead Place is Spanish-styled with Spanish architecture. The balcony has a Spanish air about it with its beautiful white wrought iron furniture and that’s where we did our special programme on the Barcelona Olympics in 1992.

I remember Yasmin Rajapakse once planning one of her theatre programmes. It dealt with various aspects of French theatre and in it was also to be a sequence from Shakespeare’s “Romeo et Juliette” … the balcony scene to be precise! We wanted to be daring. She was to be Juliette and moi, I was to be Romeo – the Bonsoir version !!!

Anne Ranasinghe, our friendly neighbour, had a curved balcony on her upper floor, at the bottom of which was a profusion of shrubs and a few trees – all part of her well maintained and verdant garden. It seemed to be the ideal location, and nearby too.

Prior permission obtained, we trotted off to Verona (alias the Ranasinghe residence down Rosemead Place) one bright and sunny morning. Yasmin ventured into her pink, frilly, lacy, collared and long-sleeved nightdress and perched herself atop on the balcony looking very Juliette-ish. I think I wore a black trouser and white frilly shirt with a large trailing bed sheet pinned to my shoulder like a cape.

That was certainly NOT my day. There was a dusky Juliette up on the balcony, looking very ethereal with the sun behind her like a halo and practicing those famous lines – “Romeo, Romeo … for where art thou Romeo ? Deny thy father and refuse thy name ….”. I had to run through the bushes, arrive at the bottom of the balcony, look up at Juliette and say my lines.

What no one realised was that I had to run through a succession of prickly bougainvilleas, getting my arms scratched and the bed sheet caught in the thorns in the process. Never mind getting scratched … disentangling that blooming ‘cape’ from the thorns, and running, was torture!

I managed this somehow. But the worst was to follow. With those famous lines memorised the whole morning and just about to be delivered, I fondly look heavenwards, at Juliette up on the balcony … only to be hit in the eyes by the blinding sun. This was trauma. It was then that I realised that we had not done a reconnaissance (checking out the location). Too late, the recording had to go on.

At the end of it all, poor Juliette was a hair-dishevelled wreck and poor Romeo a sweaty, panting spectacle.

Star crossed lovers? Anything but!

I was alarmed at what the final result would be.

Yasmin and Chintha however did wonders with the editing and the “Bonsoir Theatre Special” was telecast the following Monday. No one ever realised what the “making-of” of that was like. Only we did. Vive William Shakespeare !!!