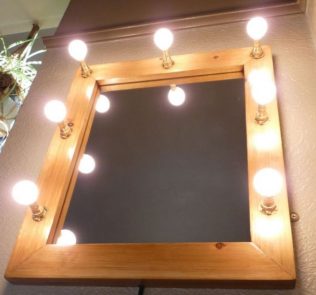 This year I celebrate 35 years on ‘Bonsoir’ and on Sri Lankan television.

Bonsoir closed down in 2010 and in the absence of an archives is ‘Bonsoir Diaries’, the behind-the-scenes stories I wrote in 2013.

The book is a cocktail of chapters, bursting at their seams with pithy asides, a trail of faux-pas, tit-bits from behind-the-scenes marinated with anecdotes and drizzled with nostalgia, revealing everything you never saw on your favourite television show … from the 80s through the 90s into 2000.

In celebration of my 35 years on ‘Bonsoir’ and Sri Lankan television this year, ‘The Morning’ newspaper serialises the fifty chapters of the (now sold out) ‘Bonsoir Diaries’ every Tuesday.

THE BONSOIR DIARIES – Chapter 03 – Those early recordings at ITN…

Bonsoir had no studio of its own. I think there was a very make-shift one at the Alliance Française at Ward Place during Aruni Devaraja’s time. When I took over in January 1986 we carted scripts and U-matic cassettes (DVDs were unheard of) to ITN for the recordings and editing.

Going to ITN today, is a dream with those fabulously carpeted and well-lit roads. But at that time ITN seemed far away and at the other end of the world. The roads were dark and bad and rutty, the buses took a month of Sundays to arrive, the journey exhaustive. T.S. Eliot’s ‘Journey of the Magi’ often came to mind.

I remember trekking it to ITN with the French Embassy’s Cultural Attaché at that time, Loïc Lebigre, in his old Peugeot. If to Eliot it was, “… the camels galled, sore-footed, refractory, lying down in the melting snow …”, to me it was that obstinate and wretched little car, going flat in one or more of its stupid tyres and refusing to climb the Wickremesinghepura hill.

To me however, the whole ‘package’ was novel and exciting … leisurely too. The first stop was in the ITN canteen, a rather rustic experience in the mid 1980s. I loved it there with its ‘maalu paaangs’, ‘bibikkan’, ‘lavariyas’, ‘halapers’, ‘gnanakathas’ and steaming ginger tea.

The way ITN presenters ‘looked’ was in the able hands of Kopi Kade’s Dingi Mahaththaya (alias K.D. Siripala) – ITN’s chief make-up artiste. Siri was a star. Outsiders who came to ITN for recordings often went into an initial state of shock when they found Dingi Mahaththaya doing their faces. They were awed and felt honoured. Such was Siri’s stardom. Mind you this was the mid 80s.

He played dual roles and had a plethora of stories to relate. All one had to do was to sit in the chair, admire oneself in the mirror (make-up chairs ARE a narcissist’s paradise, I must add) and “just bee” (nikaaang inna).

And as one just ‘bee-ed’, one chatted, one joked, one swapped yarns and …. at the end of it all, one was ‘picture perfect’ – not a flaw, not a black head, not a pimple, not a wrinkle. One was simply Picture Perrrfect. And it felt good too, because harsh reality came later when one’s make-up was removed and one came face to face with one’s face. Ah !

On my very first day Siri seriously said, “Dang nahaya kapanna onay” (We have to cut your nose now). Aouchhhh !!! I winced in anticipated pain. What he meant was that he had to darken the sides of the nose to give it a 3D effect or else in a front view shot one looks flat, like the proverbial pancake. And so the plain and nondescript nose I was born with in the very early 60s, took on an aquiline quality and gave me a temporary, yet massive, ego boost.

My very first recording was in late December 1985 for Bonsoir’s first ever programme for the New Year. I remember triple bussing it home – Wickremasinghepura to Borella to Thunmulla to Nugegoda. In all three buses I found people looking at me and smiling with me. This is a miracle, I thought. I hadn’t even appeared on TV and people had recognised me already ?

This was short-lived when I went home and discovered to my absolute horror that Siripala’s heavy make-up was STILL on my face !!!

I didn’t want to think about what they thought of me.