Well known actor, model and dancer Suraj Mapa presents ‘Elements with Surya’, a spectacular dance extravaganza with over fifty dancers at 10.00 am and 6.30 pm on Saturday 27 February at the Dharmaraja College Audotirium in Kandy. 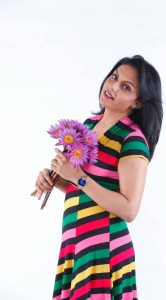 The two-hour show will bring together dancers representing various forms and styles, combined with the talent of film stars on one stage to present the choreography and dance of Suraj Mapa .

This performance star Sri Lanka’s award-winning and popular actress Yashoda Wimaladharma in a special guest performance. “She will perform for the very first time in the cinema segment of this show and we’re very proud and honoured to have her on board”, Mapa said.

This extravaganza will present an explosion of artistry and skill in various forms and styles of dance, including the traditional ‘Ves’ to contemporary fusion, Latin and Hip Hop. Complete with state-of-the-art audio and visual effects and live instrumentation, this is a dance performance rarely presented in Sri Lanka and profiles the skill and choreography of a single dancer.

It also seeks to create a platform for young talent by giving the opportunity for students of dance to be trained and present their skills and accomplishments on stage.

Suraj Mapa is a popular dancer, model and actor with a broad fan base and an artistic career that spans over 15 years which has made him a household name as an actor and dancer.

A past pupil of Trinity College, Kandy, he is well-established actor both in teledramas and films. He has acted in over 80 teledramas and was adjudged the Most Popular Actor in the Sumathi and Raigam Television awards in 2005 and 2006 respectively.

Suraj is also an accomplished dancer and excels in Latin American dance. He was a student of the well-known dance teacher Neomi Rajaratnam and has performed at many events both locally and internationally in countries such as Australia, the UAE, Pakistan etc.

Having competed in the Latin American Dance Championships including the Footwork Dancesport 2002, his outstanding performances have gained him international recognition and a large circle of fans worldwide. In his desire to further expand his horizons in the world of dance, in 2013 he embarked on another journey, that of learning the old Kandyan dance traditions under the tutelage of Guru Kulasiri Budawatta and became a fully trained Ves Kandyan dancer the following year.